back to search results

Mount Rushmore is located in the Black Hills of South Dakota. It was once land that belonged to the Lakota Sioux people, given to them in a U.S. treaty in 1868. As usual with the American government, they reneged on the treaty was gold was discover in the hills, forcing the Sioux to relinquish the territory. The government then carved the faces of four presidents into the hills as one remaining insult. Work began in 1927 and ended in 1941. 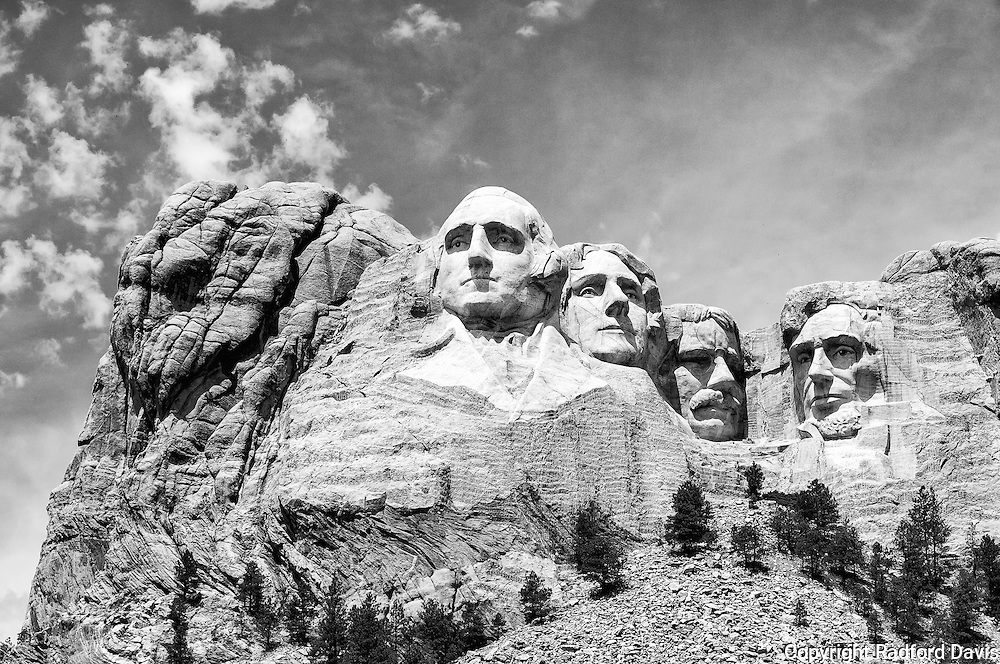